Joined 11 mo ago
·
824 Posts
Just remember; if you use a firearm, or any means of deadly force for that matter, to defend yourself or your property against an armed attacker/intruder be knowledgeable of and ready to deal with the possible legal consequences that exist in your particular state and community.
For example; if I whack an armed intruder here in Wyoming the legal consequences are going to be much different than if my brother does the same thing where he lives in Colorado.
So educate yourselves and look into legal coverage from an organization like USCCA, Legal Shield, etc., because as an attorney friend once told me, "The law best favors those who can best afford it."
Now back to our regularly scheduled program.
Ride Safe. Dr.Tramp..........

Lucian_253 said:
Or you could be in WA state like me. Concealed carry insurance is illegal, I cannot shoot someone over property, & if I do use legal deadly force. I’ll be civilly screwed at the very least. We have no castle doctrine or stand your ground laws here.
Click to expand...

Your tax dollars at work; against you. Sounds like WA firearm owners need to get organized and start using their voting power.
It's amazing how much better politicians listen when their place at the tax payer funded feed trough is threatened.
Ride Safe. Dr.Tramp............

Lucian_253 said:
We go to 10 round magazines in July. Too many Cali transplants due to the Tech Industry here. Our Governor imo is a dangerous man to have power. He hasn’t even relinquished his emergency powers granted for Covid. He also likes wasting money running for President.
Click to expand...

Like I said, WA firearm owners need to organize and use the power of their vote. Not as individuals but as a block of voters to take back their rights.
"Giving money and power to government is like giving whiskey and car keys to teenage boys."
P.J. O'Rourke
Ride Safe. Dr.Tramp..............

Joined 11 mo ago
·
824 Posts
A similar event happened here in Wyoming several years ago. 5 armed guys broke into a home and 2 of them got dropped by the home owner with a 45acp pistol, one terminally. The other 3 beat feet most rikki tiki.
The home owner spent a night in jail but in the morning the district attorney ordered him released with no charges and had his pistol returned to him. One cop told the home owner, "nice shot placement".
The wounded perp cut a deal with the district attorney to drop a dime on his 3 amigos. He got a manslaughter charge and they got slammed with murder charges.
Ride Safe. Dr.Tramp..................

Firedog said:
I was watching a training video and thats what the trainer said. Next time I see my Psych I ask them.
Click to expand...

Humans are one of the apex predatory species on Earth. We didn't reach this precarious position due to some genetic trait or instinctive desire to be peaceful and or harmless.
We're the descendants of ancestors that were faster, quicker, more able to adapt, more ruthless and in some instances no doubt just luckier than other humans. Survivors.
Over time and in varying degrees and according to different social, tribal,and religious rules and circumstances we've become conditioned to not kill but it's not a natural human trait.
While it is true that many humans have to be reconditioned/trained to overcome this once they do they can become quite efficient at killing. Sometimes too efficient.
Like John Prine sang, "Some humans ain't human".
Ride Safe. Dr.Tramp..............

RevV said:
What is NYS? Sounds like a terrible place. I bet the politicians have some sort of Castle Doctrine for themselves. I have lived in places where you could not defend yourself unless the perps were inside your house. In SC where I used to live it was legal to shoot through a door or window if someone unwelcome was trying to enter through it. As someone, Dr Tramp I believe, said above one must know the laws where one is. That said I would rather be in legal trouble than dead.
Click to expand...

The politicians and wealthy in NYS (New York State?) and other places can afford to live away from high crime areas and hire private security so castle doctrines mean less to them than citizens of average and lower income levels.
Consequently when these same wealthy folks and politicians push for more restrictions on firearms they do so with the knowledge that these restrictions will have little or no affect on them and their lifestyles; which, curiously, is pretty much the same way criminals regard firearm laws and regulations.
I once had an opportunity to sit down and talk with then Colorado Representative Ben Nighthorse Campbell. I was living and working in Europe at the time but back in the States for business.
Among other things we discussed the differences in laws and lifestyles between Europe and the US including firearms. Ben told me that a few months earlier he and several other politicians and heads of law enforcement agencies had met and talked with the national and state heads of the Crips and the Bloods.
He said he had asked them what if any affect more firearm laws had on them and they responded with an almost humorous attitude and said that while it did make firearms more expensive it didn't make them any more difficult to acquire and they actually rather approved of more restrictive firearms laws and regulation because they made it more difficult for regular citizens to arm and defend themselves.
Ride Safe. Dr.Tramp.................

Joined 11 mo ago
·
824 Posts
That's a tricky one, especially in the State of Californication. Like the legal analyst pointed out the people were robbing the old guy and had assaulted him but they were running away when he shot the woman. I don't think her being pregnant is relevant one way or the other but it sounds like some folks are already making a big deal of it.
Speaking openly and publicly about it is definitely a bad idea though. I hope the old dude can afford a good lawyer.
Ride Safe. Dr.Tramp..............

Danzig said:
This was before the influx of activist liberal DAs and lawlessness of the last number of years.

I didn't catch the date and thought it was something that had just happened. If it had happened today it would likely be a far more complicated case.
Ride Safe. Dr.Tramp..........
PS: It does show the effectiveness of the the 22 caliber.

Danzig said:
Guaranteed!
He pulled her body into the garage to bait the guy so he could kill him! 😳
Click to expand...

A man who opened fire into a crowd of Charleston, West Virginia, partygoers was shot and killed by a woman on Wednesday. The woman has not been charged, according to police.

If I need to use a 22 pistol I prefer the S&W 422 that I bought new when they came out in the 80s.
Despite having iron sights it's incredibly accurate and has been utterly reliable.
It came with two 12 round mags and over the years I've managed to acquire six more. All eight fit nicely in two 1911 mag pouches.
Ride Safe. Dr.Tramp...............

Danzig said:
We were unified by the NRA for decades and decades. The millions of members and lobbyists were feared by politicians. The NRA turned into a bloated, money making scheme instead of being the preeminent rights organization. It exists but isn’t the imposing monolith it once was. We have a number of smaller gun rights groups really fighting, mostly in the courts. I keep hoping Wayne LaPierre steps down and the NRA regains it’s bearings but year after year it’s just disappointment after disappointment.
Click to expand...

That's why I long ago dropped the NRA and switched my support to the GOA and NAAGA.
The GOA is heavily into legal matters and NAAGA is concentrating on training folks in firearms safety and shooting.
Ride Safe. Dr.Tramp................

Danzig said:
Turns out the Libs have the solution!😃 Ban Guns!
Problem solved.🥳🎉🍻👏🏻

That wasn't a biased report at all was it?
Notice that he didn't mention that the NY Red Flag system failed entirely in regards to the Buffalo shooter.
Also, it turns out that there wasn't a cop inside the school in Texas and the cops that showed up not only sat outside for an hour while the shooting was going but prevented civilians, Border Patrol, and other Fed cops from entering the school.
No, let's ignore all that and blame everything on guns.
Ride Safe. Dr.Tramp............
PS: He's right about Cruz though, the man is a slime ball. Unfortunately that's become the norm so he's no different from all the other slime balls in office.

Beach Life said:
I’ve talked with a few of my fellow gun enthusiasts over the past few days. The consensus is that they all feel less safe knowing the police failed to enter.
Click to expand...

Since the shooting the cops have come up with several different and constantly changing excuses for not going into the school and there's an immense amount of CYA maneuvering and finger pointing going on.
The people that lost their kids in the shooting are demanding that somebody, in particular the police chief that was ostensibly in charge, be held responsible but I doubt anything will come of their demands. He was actually sworn in as a member of the city council just after the shooting.
They're not rich and have no political pull or connections so they'll just end up with "thoughts and prayers" from those in power.
Ride Safe. Dr.Tramp............ 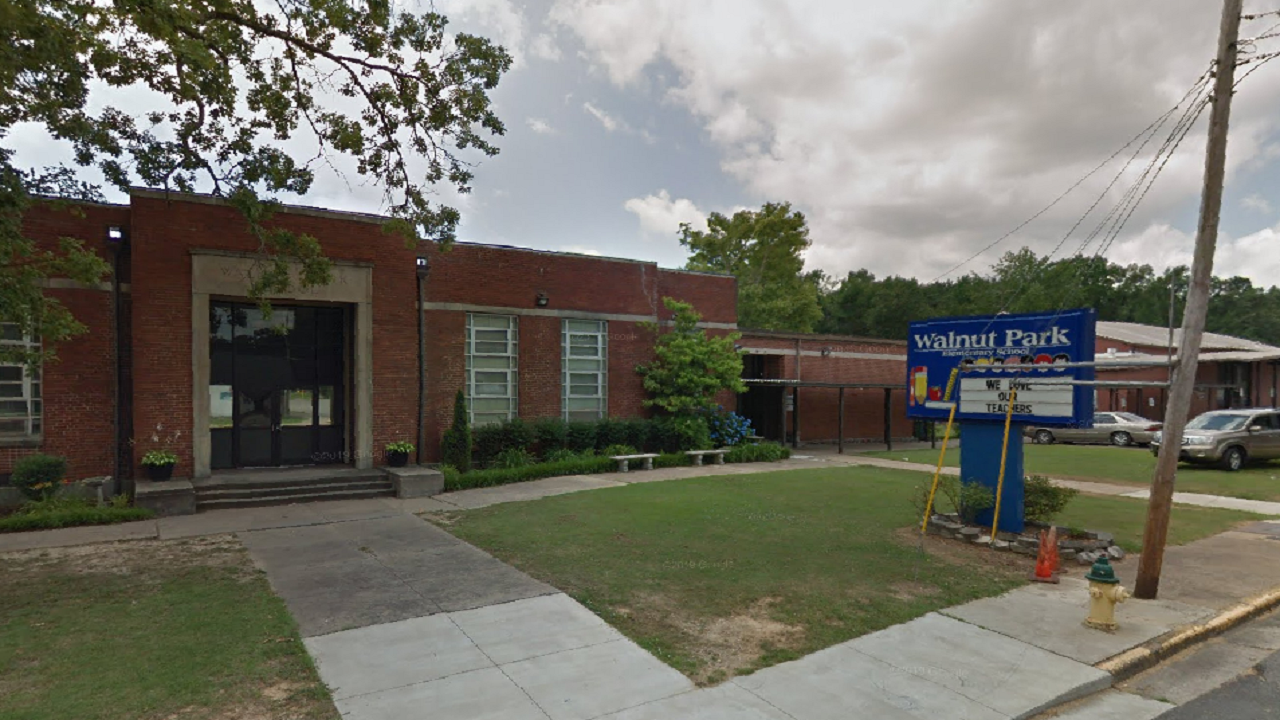 Police in Alabama say a “suspicious” person has been shot and killed outside Walnut Park Elementary in Gadsden after attempting to gain entry to the building.

Kudos to all those involved; except the perp. Sounds like the folks at the school and the local PD had a plan in place and handled the situation quite well.
Ride Safe. Dr.Tramp................

Joined 11 mo ago
·
824 Posts
Not a homeowner incident; another crazy and kids incident. Fortunately nobody was hurt except the crazy who the police whacked (Good Riddance) and another example of good work from both the civilians, who seem to have prepared quite well for this possibility, and local PD. A really excellent response time and reaction from the PD.
This type of widespread, dangerous, and increasing craziness is one reason for the 2nd Amendment. Long ago when something like this threatened a community the civilian militia would work with and back up the official law folks if there were any; if not they'd just try and handle things themselves.
Not as a vigilante mob, but as a trained and organized, civilian militia.
Ride Safe. Dr.Tramp.............

I used to know a guy that bred and trained pit bulls. They were trained to let you into the yard and even the house or garage but would stop you when you tried to leave. He said he trained them that way because if somebody broke into his place he wanted to know who they were.
He was very selective in his breeding, didn't raise a lot of dogs, only sold them in pairs, and was also very picky about who he sold them to. Unless a buyer agreed to get trained on how to work with the dogs they had no chance of getting a pair.
Despite half of the buyers failing the training or being rejected for some other reason, or maybe because of this, he had a waiting list of potential buyers.
The first and only time somebody did break into his garage the training worked perfectly. He came home after being gone all day and found a completely terrified crook cornered in the garage by the dogs. He said he'd never seen somebody so happy to be turned over to the cops.
Ride Safe. Dr.Tramp..............