Assault on your rights

I commented on BATFE proposed rules on the bump stock ban and arm brace rule.
How is it that these federal agencies can change law even when the overwhelming amount of people that respond during the comment period, denounced the rule changes?!?
No votes in Congress. No support from the citizenry and here we are!😡😡😡 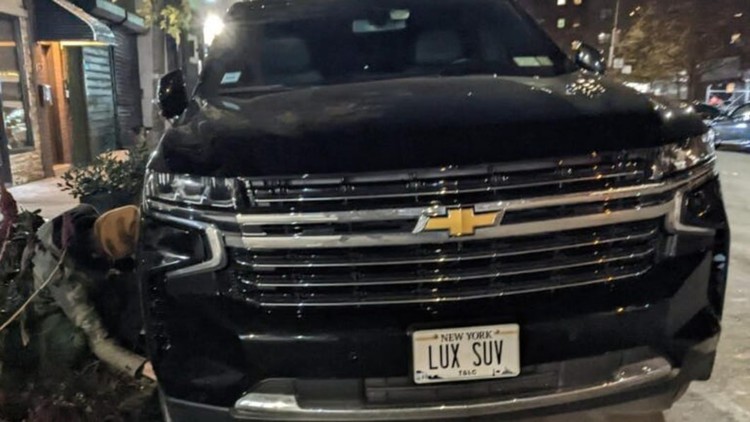 A New York City TX activist lets down the tires on an SUV with the license plate "LUX SUV." Tyre Extinguishers Climate activists are deflating the tires of SUVs in US cities to make them "impossible" to own. Tyre Extinguishers deflated almost 900 SUVs this week and hit 52 in Brooklyn, NY. The...

Its a NEW YORK thing, lol.
You should see all the other things that goes on here in NY that you don`t even hear about.

Danzig said:
I commented on BATFE proposed rules on the bump stock ban and arm brace rule.
How is it that these federal agencies can change law even when the overwhelming amount of people that respond during the comment period, denounced the rule changes?!?
No votes in Congress. No support from the citizenry and here we are!😡😡😡
Click to expand...

They are elite tyrants... they do whatever the hell they want. Who`s gonna stop them. Do you honestly really think a letter from Jim Jordan is going to stop them?

Grandstanding at best. I don`t believe one word ANY politicians say. Its all hot air. And BOTH sides suck. Its all a distraction to what these clowns are REALLY doing.

Griddler said:
Its a NEW YORK thing, lol.
You should see all the other things that goes on here in NY that you don`t even hear about.
Click to expand...

Unfortunately there’s plenty of nuts everywhere.
This was a big deal when it happened in 2008.
Jim’s old stomping grounds. A very well to do area of Texas.

BY BILL MILLER - [email protected]
A self-confessed hostility toward people who drive Hummers, along with worries about family and finances, prompted a 72-year-old Southlake man to scratch paint on five of the sports utility vehicles, police said.
James Andrew Jeppe went to Carroll Senior High School Sept. 5 to buy tickets to a football game, but he stopped in the parking lot and "keyed" a Hummer owned by Dwight Bosworth, according to an arrest warrant affidavit written by Southlake police.
At first Jeppe denied scratching other Hummers, but later confessed to damaging four more of them over a three-month period, the affidavit stated. The others were in the parking lots of various retail stores.

Jeppe, who is free on $1,000 bond, was unavailable for comment Tuesday. In the arrest warrant affidavit, however, Jeppe explained why he didn't like people who drive the big SUVs.
The vehicles, he complained, "have a big carbon footprint and they use four times as much gas as the rest of us," according to the affidavit.
Detective K. Fulgium, who wrote the affidavit, also said Jeppe complained that Hummer drivers take two parking spaces and "park wherever they want."

Jeppe told Fulgium that he is a member of two well-known environmental groups.
The Sept. 5 incident was videotaped by security cameras on the Hummer, which was driven to school on Sept. 5 by Bosworth's son.
The student, who gave the video image to police, said his father installed the cameras because he owned other Hummers that were similarly damaged. The Sept. 5 incident resulted in $2,200 in damage, police said.
The footage showing a man with gray hair and walking with a limp was released to the news media last week; people who knew Jeppe saw the images and called police.

Police subsequently learned that the man was a member of the Timarron County Club in Southlake. Detectives went there and showed pictures from the surveillance footage to employees who identified Jeppe.
Next, police went to Jeppe's home. The man agreed to answer questions at the police station, where detectives showed him pictures from the surveillance video, according to the affidavit.
Jeppe responded that "he must have a twin," Fulgium wrote in the affidavit.
The man also told police that he was an avid fan of the Southlake Carroll football program and he was on campus Sept. 5 to buy tickets.

But police told him that the school's surveillance camera showed a man leaving the parking lot in a gold BMW, similar to the one he owned. That's when he confessed.
According to the affidavit, "Mr. Jeppe then said 'I've been frustrated lately -- I did -- I went in there and I did that truck.
"'I walked up and saw the Hummer there, and I read about kids at Southlake Carroll driving $50,000 Hummers.
"'I've got a mentally ill son and everything went together, my wife is diabetic and having problems, the stock market, and I just looked at the truck and I gashed it.

"'I don't have a twin, I'm 72 years old and I'm awfully sorry.' ''
He told police that he used his car keys to scratch the paint, which he thought "would be harder," according to the affidavit.
Jeppe at first said the Carroll incident was the first Hummer he ever keyed, and he was worried about being blamed for similar cases.
Fulgium, however, told Jeppe that "there was an eye witness that could pick him from a photo lineup and there was surveillance video of his vehicle at other crimes scenes."

Jeppe "paused for a long time " and then confessed to four other incidents, Fulgium said.
In his written statement, Jeppe declared that he also keyed Hummers outside a Central Market, a Costco, a Wal-Mart and a Golf Etc., although the affidavit didn't mention the exact locations.
Jeppe faces a charge of criminal mischief, a state jail felony punishable by up to two years in prison and a $10,000 fine.
This story was originally published September 23, 2008 10:56 AM.

Good, maybe now that it effects people of color we can finally remain on Atlantic time. BTW, isn’t white a color?

Biden has nothing to worry about. The media is ignoring it.

· Super Moderator
Joined Nov 11, 2012
·
58,783 Posts
I don’t think the right to bear arms should be infringed upon. Saying military style weapons are only for the military is a silly argument. Civilians have always had better weapons. The army gets the lowest bid.

California and the Northeast are taking notes.